The Tenth BGI Annual Conference took place between 16th and 20th May 2007. On this occasion, our international network chose the magical city of Paris for its yearly celebration. The event was presided over by Mr. Juan Luis Balmaseda de Ahumada, the President of BGI and founding member of Balms Abogados. Our host was Dr. Hervé Lehman, a member of BGI and partner in the French law firm, Avens, Lehman et Associés. 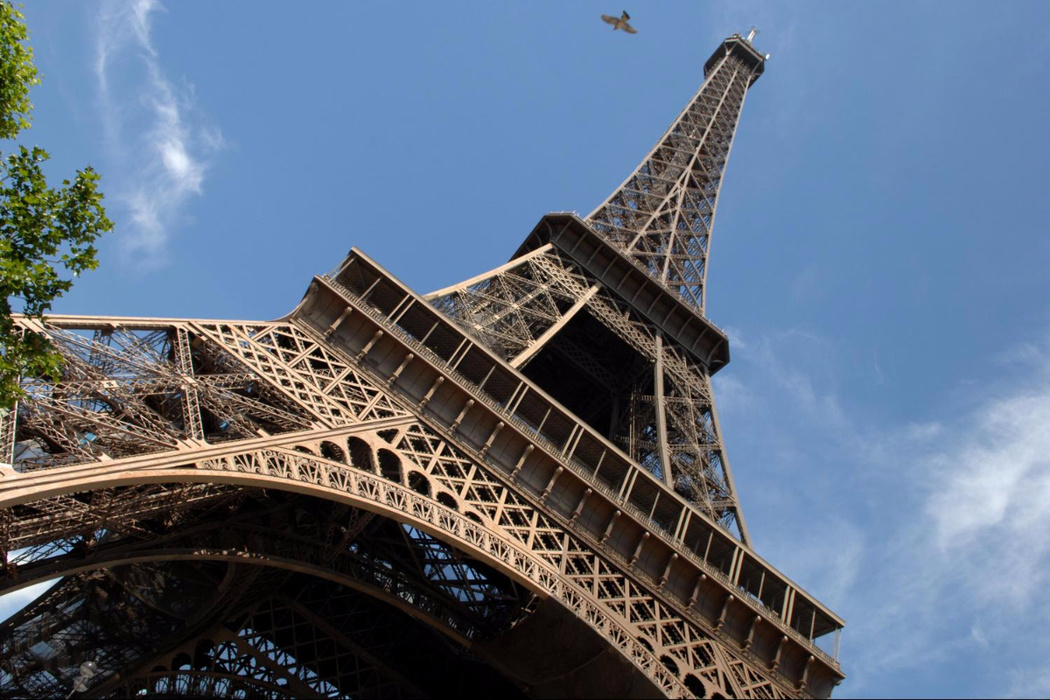 Thanks to the enormous dedication of our French members in carrying out their preparations for the event, we were all able to enjoy a few unforgettable days in Paris. In this respect, a series of rigorous and topical working sessions featuring the attendance of a number of outstanding figures from the field of law, were complemented by visits, walks, lunches and soirées, in which resounding laughter was mixed with tears at the most emotional moments.

This year, representatives from all of the law firms belonging to BGI attended the event, alongside three new candidates, all of whom are now full members, based in Morocco (Tangiers and Marrakech), Greece (Athens) and the Czech Republic (Prague).

On 16th May, the Conference schedule opened with a Thai welcome cocktail at 7.30 p.m. at the offices of Avens, Lehman et Associés, which were located just three minutes away from the luxury hotel where all the participants were staying: L'Hôtel Concorde Saint Lazare Opéra. This hotel is situated in the very heart of Paris and enjoys an enviable setting that makes it one of the most emblematic buildings in the city, not least because of its cultural and artistic importance.

The working sessions began the following day, taking place in one of the halls of the famous Maison du Barreau (College of Lawyers of Paris), located in the area close to the Palais de Justice. The first session opened at 9.00 a.m. and Dr. Hervé Lehman, the host of the Conference, welcomed all of the Conference members and declared that it was a pleasure to be able to welcome them to his city. Mr. Juan Luis Balmaseda de Ahumada, the President of Balms Group International, then welcomed all of the members of BGI and the new candidates to the Conference. This first day was devoted to the President's Report, which focused, as is customary, on the following points: presentation and approval of the audit and financial policy for the year 2006, presentation and approval of the budget for 2007 and a description of developments regarding referred cases throughout the years in which the network has been in existence. This explanation was accompanied by a number of graphic examples that testified to the increase in parallel activities over the years.

Following this dynamic presentation, the President proposed a debate on BGI publications and it was unanimously agreed that our web page should be improved, with the rules being established for the monthly publication of the e-letter.

Following a coffee-break, the session resumed with the presentation of an outline of the forthcoming Balms International Law Magazine, a publication created with the intention of providing our clients with practical, summarised information regarding different areas of law, presented in a monographic manner in each issue. The legal systems of each of the countries that form part of BGI are to be represented in the publication. The first issue of the magazine will focus on Real Estate Law and the publication is expected to come out at the end of June. Following this presentation, a provisional video on BGI was shown. This will serve as the basis for a future definitive video that can be used to provide a formal presentation of the network to our clients.

The afternoon session was devoted to appointing the new members of BGI in Greece, Mr. Gregory Kiritsakas and Ms. Poli Gaki (Kiritsakas, Mavromichalis, Gaki and Associates), in the Czech Republic, Mr. Vladimir Jasek and Ms. Zdenka Nocarová (Nocarová Jasek & Partners), as well as in Morocco, Mr. Ismael Dris, the Manager and Head of the Balms & Cruz law firm in Tangiers and Marrakech, the latter having been created from the merger of Balms Abogados and Cruz & Co.

Following these official appointments, it was decided that the next BGI Conference would take place in Mexico and that the Biannual Conference would take place in Tangiers. The moment was also right for the President to call on all of the members to continue the work of searching for new members, encouraging them to commit themselves to this important task. With this commitment having been accepted by all the members, the Conference concluded its first day of business.

In the evening, the participants at the Conference joined their guests and went to the Châtelet Theatre, where we enjoyed an original version of Bizet's famous work, "Carmen". In one of the intervals we were offered a cocktail in the Salon des Glaces and, subsequently, after the opera had concluded, we were able to enjoy a delicious meal in the Salon Ninjsky, whose balconies once again enabled us to admire the marvellous sight of Paris lit up at night.

The second day of the Conference was set aside for papers. The sessions began with the warm and hospitable welcome offered to us by Ms. Béatrice Castran, a representative and member of the College of Lawyers of Paris, who delighted us with some historical facts regarding the institution and described its main functions.

Subsequently, Dr Hervé Lehmann introduced Dr. Philippe Léger, a lawyer at the Supreme Court of the EU, who offered us a paper on globalisation and the legal community created by the European Court. ("European Law: A Step Towards Globalisation").

A series of papers were then presented, organised under the general heading of "The Impact of Globalisation on Companies: New Legal Regulations". A paper by Dr. Hervé Lehmann on "Penal Risks for Companies" was followed by another paper delivered by Dr. Jean-Marie Léger entitled "Internet: An Open Gateway for Fraud? Questions and Answers from a Legal Point of View", as well as a paper by Dr. Yves Repussard, who offered us a practical guide on how to help our clients implement an anti-bribery policy.

The session continued with a contribution from one of the representatives of the Swiss bank, Julius Bär, who described the kinds of services that a Swiss bank is able to offer our clients. The cycle of contributions concluded with a paper by Mr. Alan Bell, Vice-President of IFA Hotels & Resorts, who offered the participants an original and entertaining presentation entitled "Living À La Carte".

After the papers, the participants at the Conference once again walked to a restaurant located in La Place Dauphine, where we enjoyed a relaxed and informal meal before going on to visit the Palais de Justice in the afternoon.

After a few hours rest, in the evening all of the Conference participants and their spouses spent an unforgettable evening on a cruise along the River Seine on board the "bateau mouche". The evening was enlivened by the comedian, Philippe Lamère, unknown to some up until that time, but a resounding success with the audience. One of the most touching moments of the evening took place when a BGI membership plaque was presented to the new candidate from the Czech Republic, with the Eiffel Tower lit up in the background. Unfortunately, the members of this law firm were unable to attend the Gala Dinner that would take place the following day.

As is customary, the last day of the Conference was devoted to the working groups, who met at the offices belonging to Avens. Thus, in a relaxed and informal atmosphere, the groups worked on a series of themes that each of the members had previously proposed. Subsequently, the conclusions and results of a long working day were presented, aimed at introducing improvements. Following the working sessions, we enjoyed lunch at the company's offices with our guests and, afterwards, enjoyed a few hours rest. The working schedule had concluded.

On Saturday night, the BGI Gala Dinner took place at the restaurant, Maxim's Royal, where, after a welcome drink and a viewing of a marvellous surprise video commemorating previous conferences, we were able to visit the unusual Maxim's Museum. After savouring a delicious meal in one of the rooms reserved exclusively for our group, we enjoyed some touching moments with the official presentation of plaques to the new candidates and bouquets of flowers to all those who had helped stage the Conference. These touching gestures were also accompanied, as might be expected, by moments of laughter, and with a performance by the new Balms choral group and the dancing that followed. We were also privileged to enjoy the presence of Pierre Cardin, with whom our President had the opportunity to exchange a few words.

The following day witnessed the farewells of many of the guests in the hotel reception area, where we said "au revoir" until the following year and the exciting prospect of our next congress in Mexico. 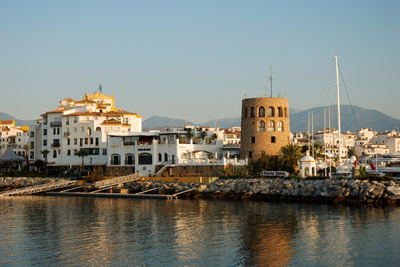 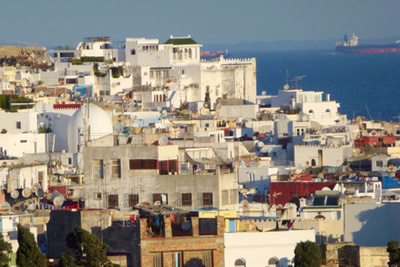