Cruzlaw LLP is a leading boutique law firm in Gibraltar. It took Limited Liability Partnership form in November 2017 but its origins date back to 1996 when senior partner Nick Cruz established the law firm Cruz & Co and the Acquarius Trust Group.

Cruzlaw LLP is a leading boutique law firm in Gibraltar. It took Limited Liability Partnership form in November 2017 but its origins date back to 1996 when senior partner Nick Cruz established the law firm Cruz & Co and the Acquarius Trust Group (ATG), that handles all corporate and private client needs. The law firm built an enviable reputation for its commercial and innovative approach which is why we are instructed by individuals and companies from both a domestic and global client base. Commitment to service standards led to Legal 500 and Chambers Global’s recognition of Cruz & Co in 2011. The firm has been the recipient of the “Gibraltar Private Client Law Firm of the Year” award, from major publication, Acquisition International. Our senior partner is recommended in leading directories in various fields of law including General Business Law.

Our relationship with you is at the heart of our offering. We believe that any bespoke service requires a detailed understanding of you, our client, your environment, your needs and objectives, past, present and future. 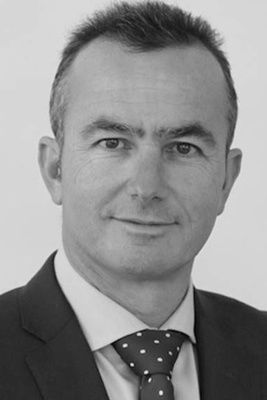 Nick’s legal practice is varied, with particular focus on dispute resolution and corporate and commercial work. Called to the Bar of England & Wales in 1990 and the Bar of Gibraltar in 1991, he remains a practicing Barrister with regular appearances before the Gibraltar Supreme Court and its appeal courts, the Court of Appeal and the Judicial Committee of the Privy Council (in essence the UK’s Supreme Court). Nick is a highly regarded professional and a recommended individual in Legal 500 and Chambers Global Nick’s legal experience over 30 years has meant that he has represented claimant or defendant in many different matters and he has considerable experience in various practice areas. Some of his more recent work included: Representing a leading (big four) international accountancy practice in relation to: the liquidation of an international law firm and the bankruptcies of the partners, including in excess of 14 appearances before the Supreme Court, 6 appearances before the Court of Appeal and an appearance before the Judicial Committee of the Privy Council (Lords Neuberger, Wilson, Reed, Carnwath and Toulson); co-coordinating the liquidation of an international network of companies and SPV’s across 7 jurisdictions including asset tracing, recovery, obtaining of world-wide freezing injunctions and the instruction of lawyers and council in numerous jurisdictions. This has involved more than 6 appearances before Supreme Court; Representing the interests of International Banks and Insurance companies in insolvency matters in the Supreme Court involving liquidations of EU Insurance companies; Representing individuals and companies subject to regulatory investigation or enforcement by Gibraltar’s Financial Services Commission including appearing before the “Decision Making Committee” under the 2019 Financial Services Act; Representing Mortgagees, owners, cargo owners and crew in admiralty matters, involving the arrest of both commercial vessels and Super Yachts instructed by specialist London and international admiralty practices. This has involved numerous appearances before the Supreme Court; Representing a leading international insurer, instructed by a London magic circle firm in a fatal accident case involving dozens of claims, several Supreme Court actions and mediations; Unfair Dismissal and Bullying Actions, acting for employers and employees in the Industrial Tribunal and Appeal Courts; Advising on various M&A’s and establishment of compliant international and EU tax structures in Gibraltar including for head office or parent subsidiary purposes; Consideration and advising on FATCA, CRS and other international tax and exchange of information initiatives. Nick is Trust and Estates Practitioner (TEP) and a licensed Insolvency Practitioner for voluntary liquidations. Nick is also the current Chairman of the Gibraltar Finance Centre Council elected in June 2021, a Government policy advisory committee having been the Chairman or Vice Chairman of the Association of Trust and Company Managers (ATCOM) for circa 20 years. Nick chairs other committees including the Insolvency Working Group that recommends and drafts C19 emergency measures and the Personal Status Committee appointed by Gibraltar’s Chief Minister, The Hon Fabian Picardo QC that advises Her Majesty’s Government of Gibraltar on residency and related issues. Nick also serves on the Panel of the Office of Fair Trading. Nick is a non-executive director of Savills Gibraltar and a Director of the Acquarius Trust Group Nick is married, has 3 children, and his hobbies include sailing, and Shotokan Karate. 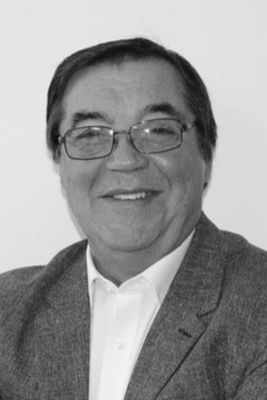 Mario was a leader in the food retail industry for most of his working life including owning a number of shops in Gibraltar. He decided to study law as a mature student and read for a degree at Southampton Institute of Higher Education (now Solent University). On graduation he studied in London, qualifying as a Barrister and was called to the Bar of England and Wales at the Middle Temple Inn after which he was admitted to the Bar in Gibraltar and began practice with Cruzlaw in the area of commercial litigation and conveyance. In 2003 he left Cruzlaw on appointment as Gibraltar’s second Public Services Ombudsman, a post he held for fifteen years during which he developed his office into a centre of excellence. After finally stepping down he re-joined Cruzlaw as the Consultant to the Acquarius Trust Group assisting the team with all legal matters. Mario is currently an additional member of the Public Services Commission. He has served as member of the Legal Services Regulatory Authority and the Police Complaints Board and is also involved in different aspects of social work and is the chairman of a charitable organisation. In 2019, he was awarded the Gibraltar Medallion of Distinction by the Gibraltar Parliament. 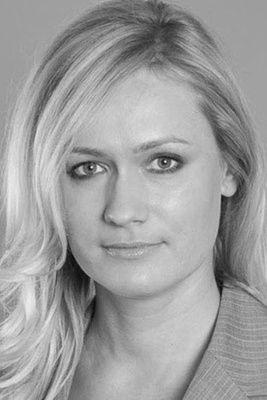 Kristine joined Cruzlaw LLP in January 2022 and specialises in general civil litigation and a wide range of dispute resolution matters with particular emphasis on the company and commercial disputes, construction, investment and cross-border enforcement. Kristine qualified as a solicitor of the Supreme Court in England with Clyde & Co in London and since has an extensive experience in high value disputes in the Middle East and Europe before qualifying in Gibraltar in 2021. Some of the more recent work includes: Representing a major international bank relating to procedural misconduct allegations; Defending an international airline in a commercial agency dispute; Representing an internationally renowned sports celebrity and associated corporate entities in a London based ICC arbitration relating to breaches of a branding and licensing agreement; Appearing on behalf of a subcontractor in two sets of Court proceedings in a dispute over unpaid sums associated with the completed works and prolongation costs for mixed utilisation projects. Kristine also has a substantial experience in transactional matters involving the negotiation and development of a wide range of commercial project documentation and investment instruments including the preparation of contract documents for notable hospitality and leisure projects, commercial and residential developments, infrastructure works and power plants. Kristine was instrumental to winning the Award of the Arbitration Team of the Year (2017) at the Middle East Legal Awards.

Tank you for getting in touch

Form sucessfully sent. We will get back to you shortly!